Amakusa Shiro is a tragic charismatic hero. He led Christians at the young age of 15 years old in a battle at Amakusa and Shimabara against the Edo Shogunate that had banned Christianity. Sadly, he lost this battle. There are many bronze statues of him in his birthplace of Kamiamakusa. Each of these statues is unique. It is fun to take photographs of the unique Amakusa Shiro statues in various locations.

An Amakusa Shiro statue with outstanding presence towers over Aino Amakusa Mura along the road on the way to Kamiamakusa from Kumamoto. It stands 15 meters tall. The impression of Amakusa Shiro is of a beautiful boy. However, this statue has been given a relatively macho build. Aino Amakusa Mura is where you will find souvenirs of Kamiamakusa. Nevertheless, the music that plays here will greatly exceed (NANAME-UE) your expectations because it is in the style of Okinawa! There are other Amakusa Shiro statues all over the island. Therefore, why don't you explore Kamiamakusa to find your favorite Shiro statue! 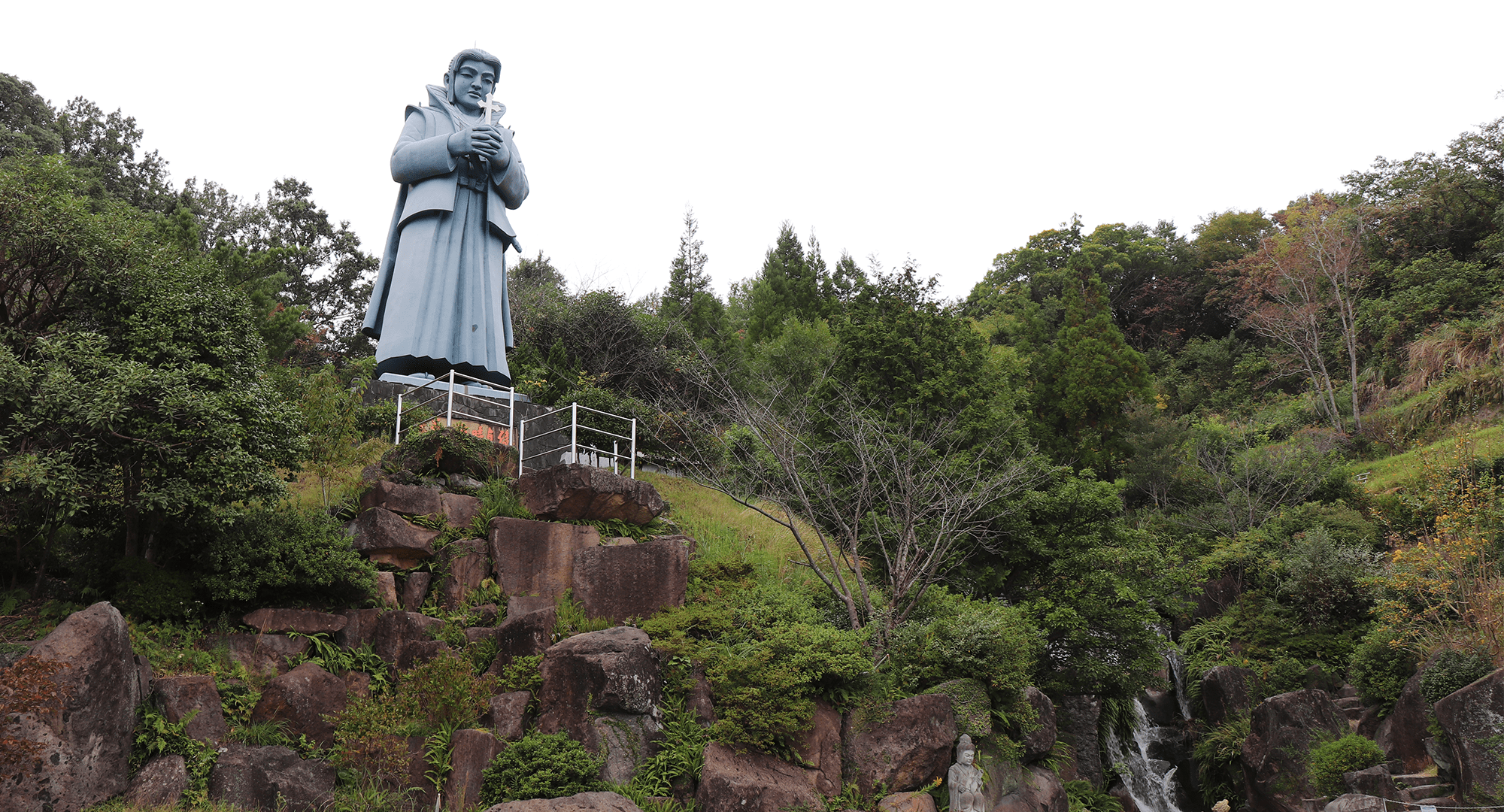 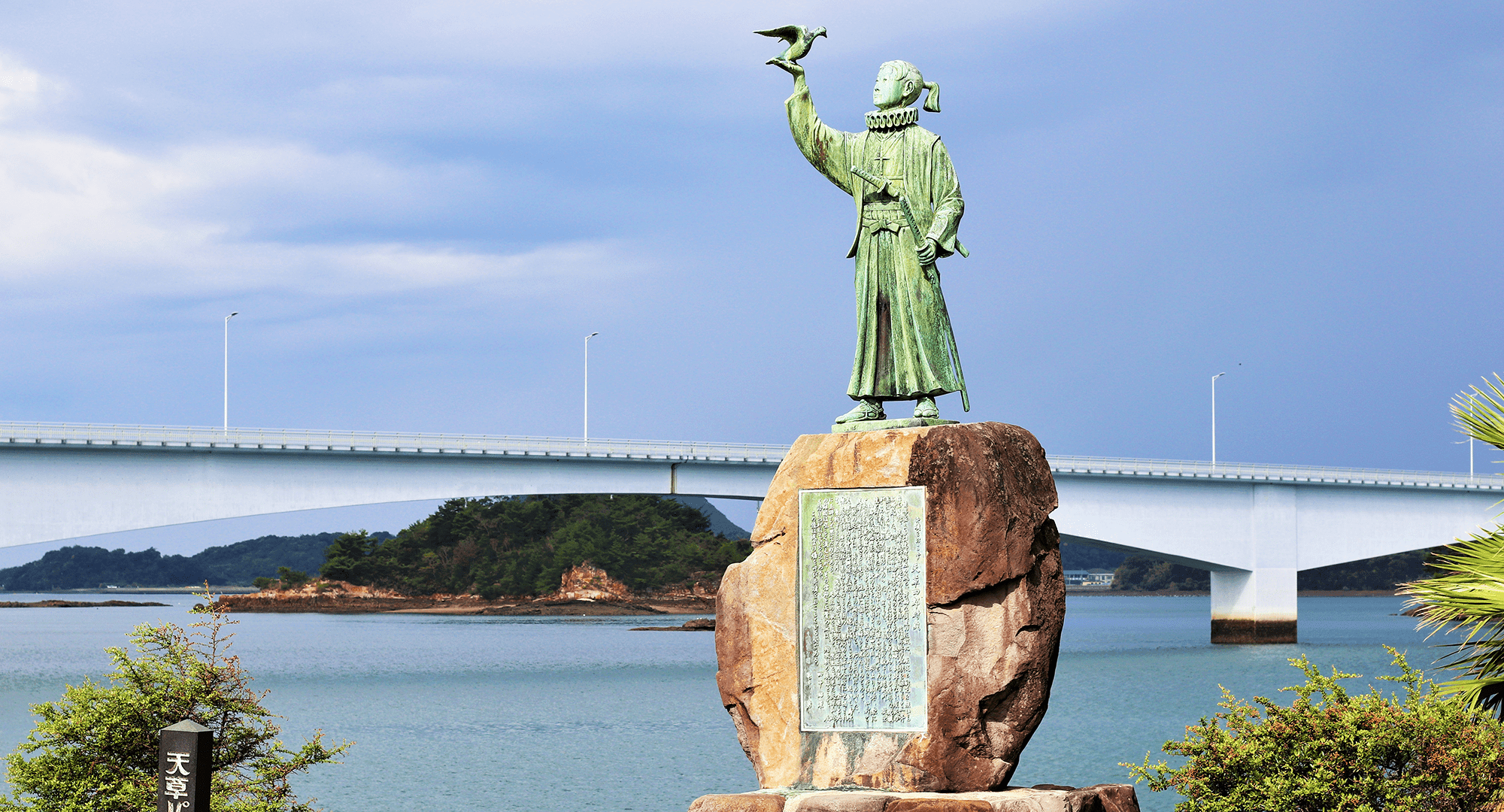 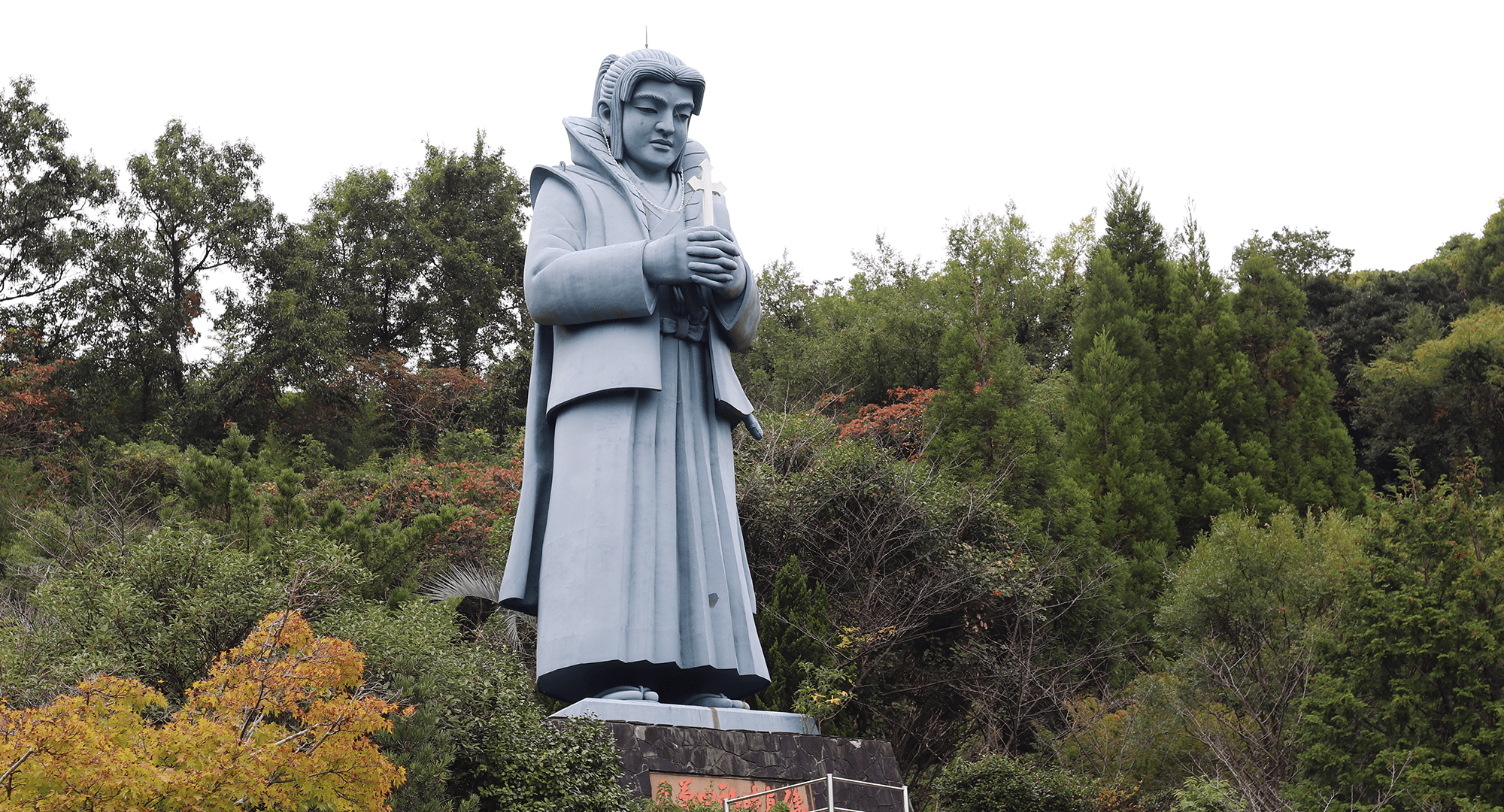 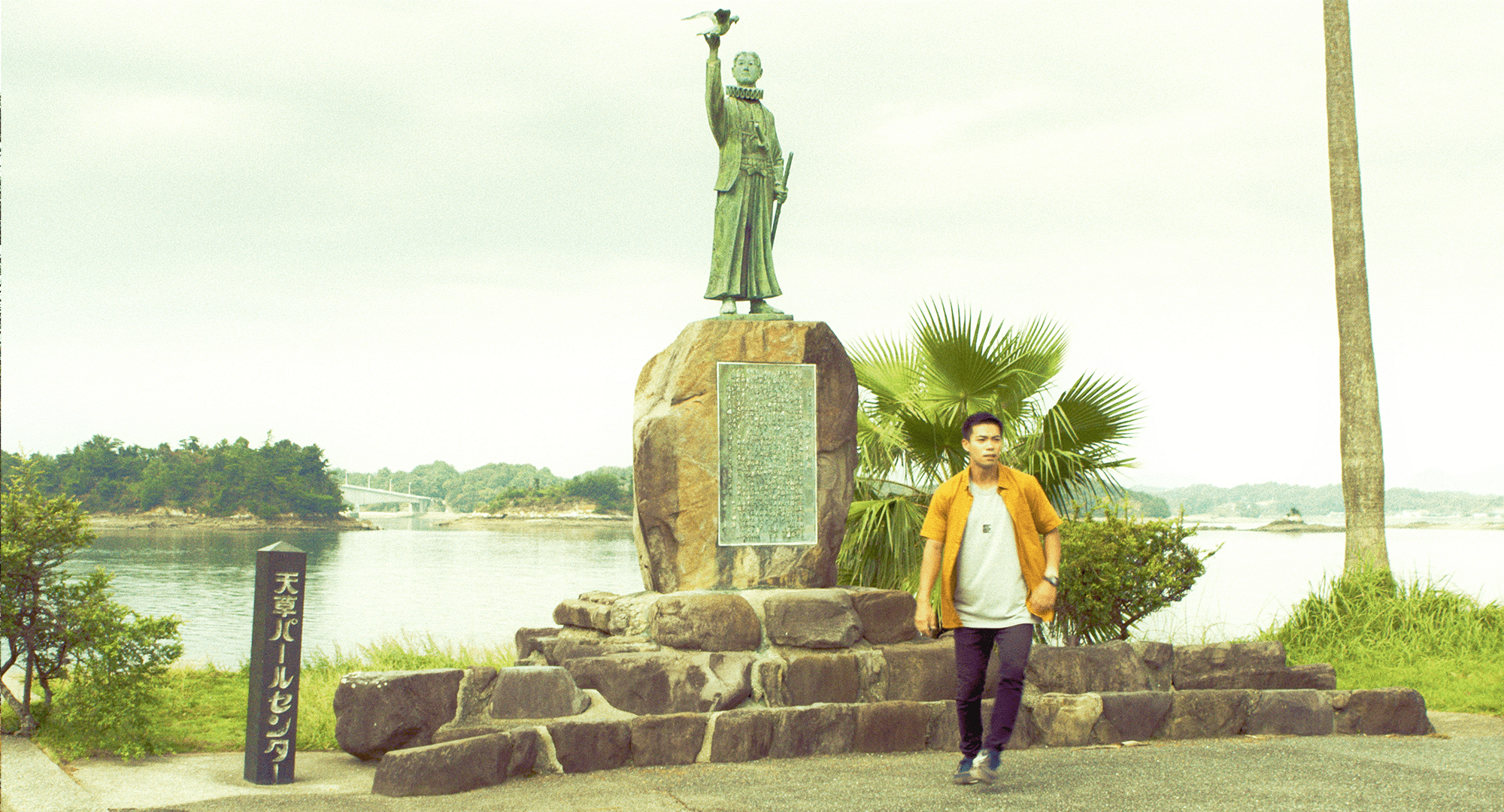 Moreover, if you wish to further deepen your understanding of Amakusa Shiro, you should visit the Amakusa Shiro Museum where you can learn about the historical circumstances and life in those times! It is a museum where you can learn in a compact manner the details of the history from Christianity spreading to being banned in Japan and then even about the battle at Amakusa and Shimabara. If you become tired from sightseeing, we recommend you relax in the mediation room in the museum. 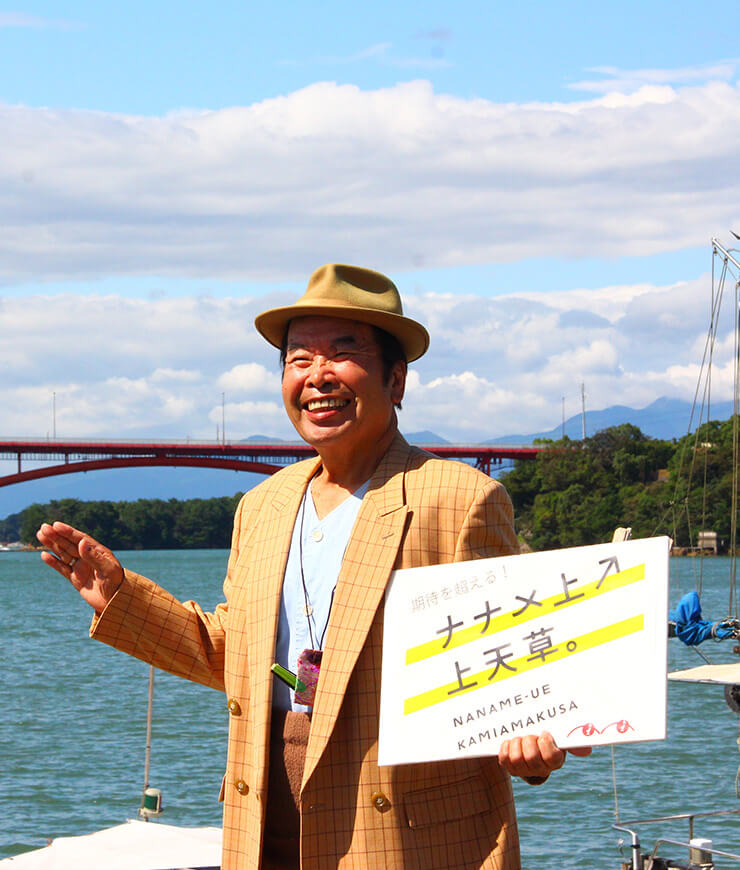 The "Tora-san of Amakusa" Jumps out at You from the Screen!

The "Tora-san of Amakusa," who looks exactly like the Tora-san character from the Japanese movie series Otoko wa Tsurai yo, awaits travelers in Kamiamakusa. His appearance, which makes it look like Tora-san has jumped out at you from a television or screen, means he is a high-level look-a-like. He looks just like the real Tora-san even down to the position of the mole on his face. He voluntarily participates in events held in Shibamata, Katsushika-ku every year and is sometimes asked by people to take his photograph with them. This means he truly embodies an attitude that greatly exceeds (NANAME-UE) expectations in Kamiakusa! 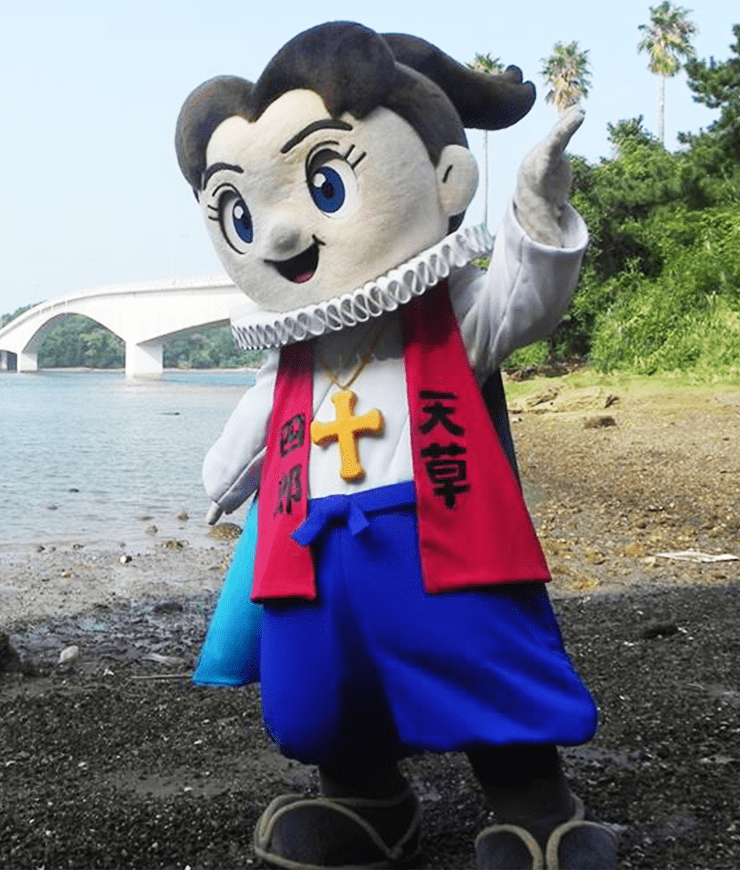 Shiro-kun, the costumed mascot character of Kamiamakusa, has traveled forward in time from 350 years ago. His real name is Kamiamakusa Shiro.